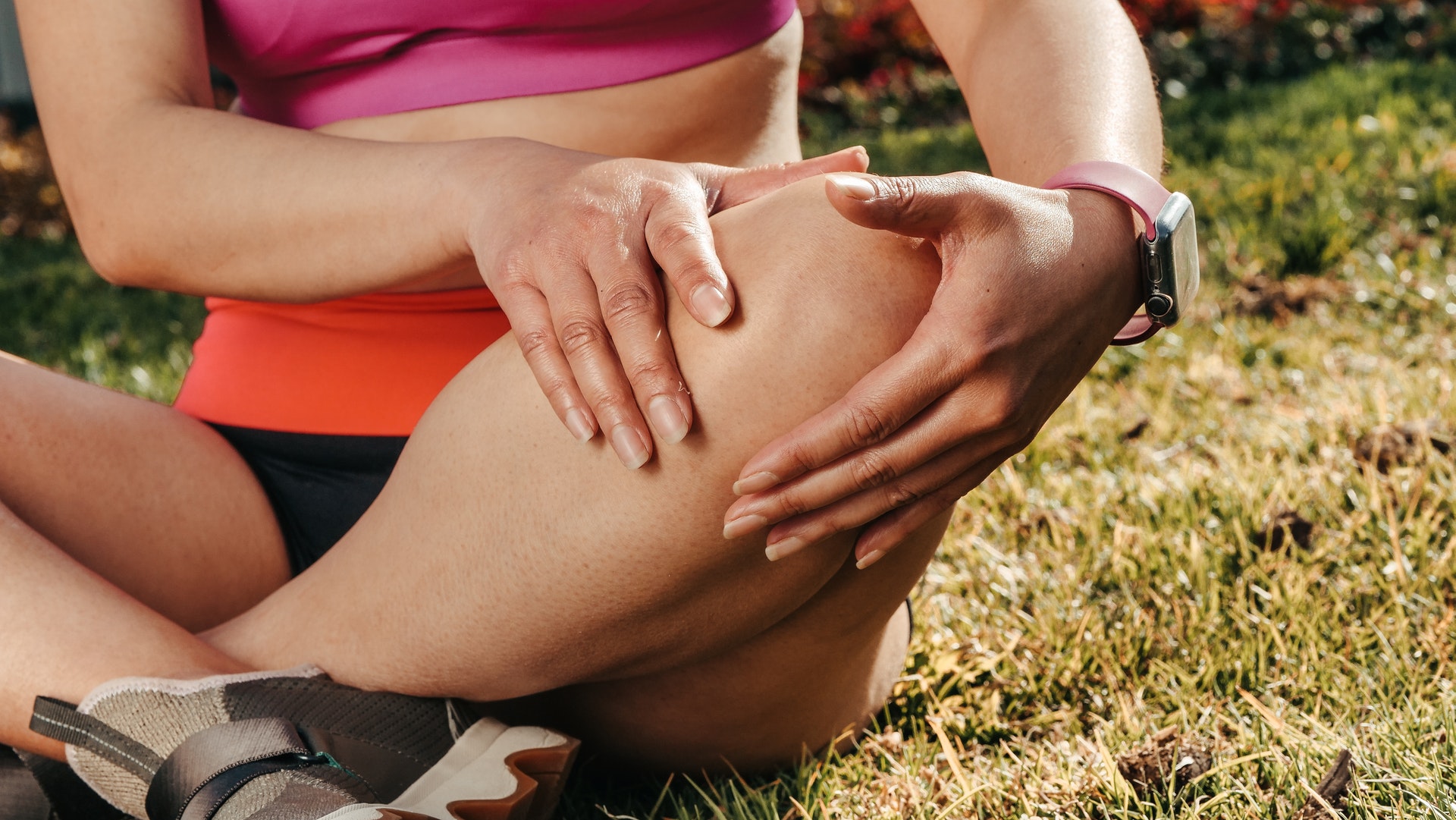 Does Ketamine Help with Chronic Pain?

The application of intravenous ketamine infusions for pain is increasing, as it can be an efficacious non-opioid substitute or adjuvant in the treatment of chronic pain. Anecdotal evidence suggests that more than 50% of infusion patients report significant relief. Seven out of ten report varying degrees of functional recovery proceeding therapy.

While there appears to be a wide variance in required ketamine dosage for pain management, the relief obtained, and the need for booster maintenance care for pain patients, there is mounting interest around ketamine infusions for pain therapy, particularly in patients resistant to other treatments.

Chronic pain is a worldwide problem that’s ripe for innovation. Ketamine is joining the collection of options so desperately needed in this patient group.

Benefits of Ketamine for Pain

Chronic pain sometimes decreases over a long-term process of Ketamine treatment. Some patients enjoy prolonged relief, especially when the pain is neuropathic in nature; meaning impulses emitted from the central nervous system, cerebral cortex, spinal cord, or peripheral nerves. Neuropathic pain is not necessarily due to preexisting pathology or disease.

Frequently, chronic pain patients experience some degree of depressive symptoms, drowsiness, dizziness, or memory impairment. Because Ketamine can improve mood, employing Ketamine in these cases may have a double benefit.

Ketamine infusions for pain may also have a breakthrough and prolonged analgesic effect on conditions resistant to other treatments. One example of this is Complex Regional Pain Syndrome (CRPS). However, the long-term impact of low-dose Ketamine therapy, particularly for higher dose interventions with pain patients, is of concern. 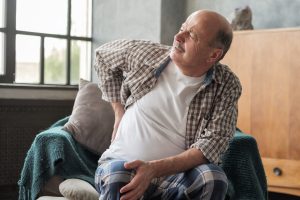 Treating pain patients at home increases the risk of certain problems, including poor administration protocols, lack of proper emergency staff/equipment, and perhaps more opportunity for abuse or diversion. For these reasons, caution dictates in clinic/hospital sessions when possible.

Potential patients require screening prior to treatment. Determining if the recipient has a history of substance abuse, an indicated condition, or contraindicated medication regimens. Care must be taken to prevent exacerbating preexisting pathology such as cardiovascular, hepatic, or psychotic, in nature.

Years of research and clinical practice continue to reveal the dangers and failures of limiting the treatment of chronic pain to opioid, antiepileptic, and antidepressant drugs. The most concerning current intervention are opioids due to their highly addictive nature. The United States is suffering from an “opioid epidemic,” with high social costs including the loss of life on a large scale.

Patients on this class of drugs frequently become tolerant and require higher doses to maintain relief. However, because opioids occupy a highly controlled drug class, one’s physician can only prescribe so much from a legal, ethical, and pharmacological perspective.

Addictions to analgesic substances needed to dampen severe symptoms create perverse incentives. Physicians may sell prescriptions outright (or de facto if they are known for gratuitous prescription writing). Patients may game the system by seeing multiple physicians and obtaining prescriptions from them all. There is also the problem of drug diversion from parties within a household. Addicts attempt to rob hospitals, pharmacies, and anywhere opioids may be found. That’s not all. There are black market sales supplied by patients with prescriptions and even pharmaceutical analog imports. The combination of these factors is leading to physical, emotional, social, and professional destruction.

Not only are opioids highly addictive, but pain, whether chronic (or acute due to situations such as post-surgery) is a legitimate and widely common problem in need of alternative solutions. In fact, pain is the number one cause of disability worldwide.

Opioids do have their place but come with the downsides above. Plus, their consumption rarely results in a complete curtailment of their pain symptoms. What’s more – patients build a tolerance to the drugs.

All of the above explains why this drug class carries an unusually high potential for abuse and threatens patient safety. This is to say nothing of the side effects.

Ketamine is structurally related to another anesthetic, phencyclidine (PCP). It is used to administer general anesthesia and is short-acting with less emergence delirium than PCP. It induces loss of consciousness, immobility, amnesia, and analgesia. It is also known as dissociative, meaning it alters the consciousness of the recipient and produces a state characterized by numerous adjectives, such as “dreamlike, hallucinatory, disturbing, ‘spaced-out,’ and other intoxication-related descriptions. This removal from stark reality is useful in traumatic circumstances ranging from wartime violence to major surgery.

Ketamine clinics sometimes temper these manifestations using benzodiazepines such as midazolam and lorazepam. However, it is believed that this drug class counters Ketamine’s therapeutic action. Determining the patient’s relationship to the chronic or acute use of these drugs is a combination of keeping up with the scientific literature, speaking with colleagues, and considering the effects seen in one’s own practice.

How does Ketamine Work For Pain?

IV Ketamine is widely used for chronic pain. Ketamine’s mechanisms do not work like barbiturates or narcotics. Ketamine fulfills non-competitive antagonist functions of the N-methyl-D-aspartate receptors (NMDA).  It not only affects NMDA receptors along with other receptors, such as α-amino-3 -hydroxy-5-methyl-4-isoxazole propionic acid receptors (AMPA), gamma-aminobutyric, muscarinic, monoaminergic, nicotinic, and kainate acids.

The mechanism begins when a magnesium ion blocks the NMDA receptor after a repeated and intense stimulation. The neuronal cell is depolarized for the ion channel’s opening, so large amounts of calcium enter the cell. This action makes the cell more polar, and the cell depolarizes quickly due to the difference in ionic charges. Ketamine also binds to brain molecules, the dopaminergic structures that belong to the nucleus accumbens.

NMDA receptors are found in the dopaminergic axons in the prefrontal cortex, and they fulfill the function of releasing dopamine. When Ketamine interacts with NMDA receptors, they produce an inverse effect, inhibiting dopamine release and at the same time also inhibiting its reuptake process. Dopamine plays a significant role in chronic pain since its stable release predisposes to persistent pain development indefinitely. Ketamine does help pain conditions and helps improve the quality of life of the patient with this condition.

Due to the blockage of receptors at the cerebral cortex level, some complex functions such as vision and hearing are almost entirely interrupted and blocked. Ketamine also produces alterations in the perception of time and space. Experts affirm that brainstem activity is not modified. For this reason, the functions of the respiratory and cardiovascular systems continue to function. One of the most appreciated advantages of using Ketamine is the blocking of NMDA receptors without experiencing alterations in the brain stem activity, being a novel option for chronic pain.

Ketamine affects NMDA receptors and monoaminergic receptors for the regulation of dopamine, serotonin, norepinephrine, muscarinic, and opioidergic receptors. Experts believe these mechanisms are related to acute and chronic pain-relief by inhibiting presynaptic and postsynaptic neurons of the spinal dorsal horn, specifically by releasing substance P and glutamate.

Glutamate is one of the nervous system’s primary neurotransmitters, and it has a direct action on the ionic NMDA receptors and the AMPA receptors. In the body, NMDA receptors and AMPAs are generally found together. Glutamate release activates AMPA receptors to help sodium enter the postsynaptic cell membrane. This standard mechanism triggers action potentials and intercellular interactions. It is known that cellular activity in depression is increased, and in this case, Ketamine is recognized as an antagonist blocker of these receptors, which explains its antidepressant action.

To reduce unsubstantiated treatment variability and to increase safety and efficacy, 2016 saw the collaboration of the American Society of Anesthesia and Pain Medicine along with the American Academy of Pain, to establish the consensus criteria. Panel members and joint leadership were chosen based on their familiarity with evaluating the related clinical trials, research experience, and clinical expertise.

The specific questions to be addressed:

Pain is a part of life. However, for some, that pain is severe and long-lasting.

Medical traditions from around the world all attempt to treat or heal pain conditions. In the West, much of the pain relief is tackled through pharmaceuticals. While these drugs can be powerful, they can lead to addiction and significant side effects. In the case of opioids, we are suffering from an epidemic of startling proportions. It’s clear that we need more options.

Gradually, other approaches such as acupuncture, meditation, and more attention to lifestyle adjustments, are recommended. However, these are not always enough. Further, many refractory pain sufferers cope with depression and anxiety as a result of their condition.

Considering all of the above, Ketamine’s potential to relieve even difficult-to-treat pain symptoms (without the use of opioids) is exciting.