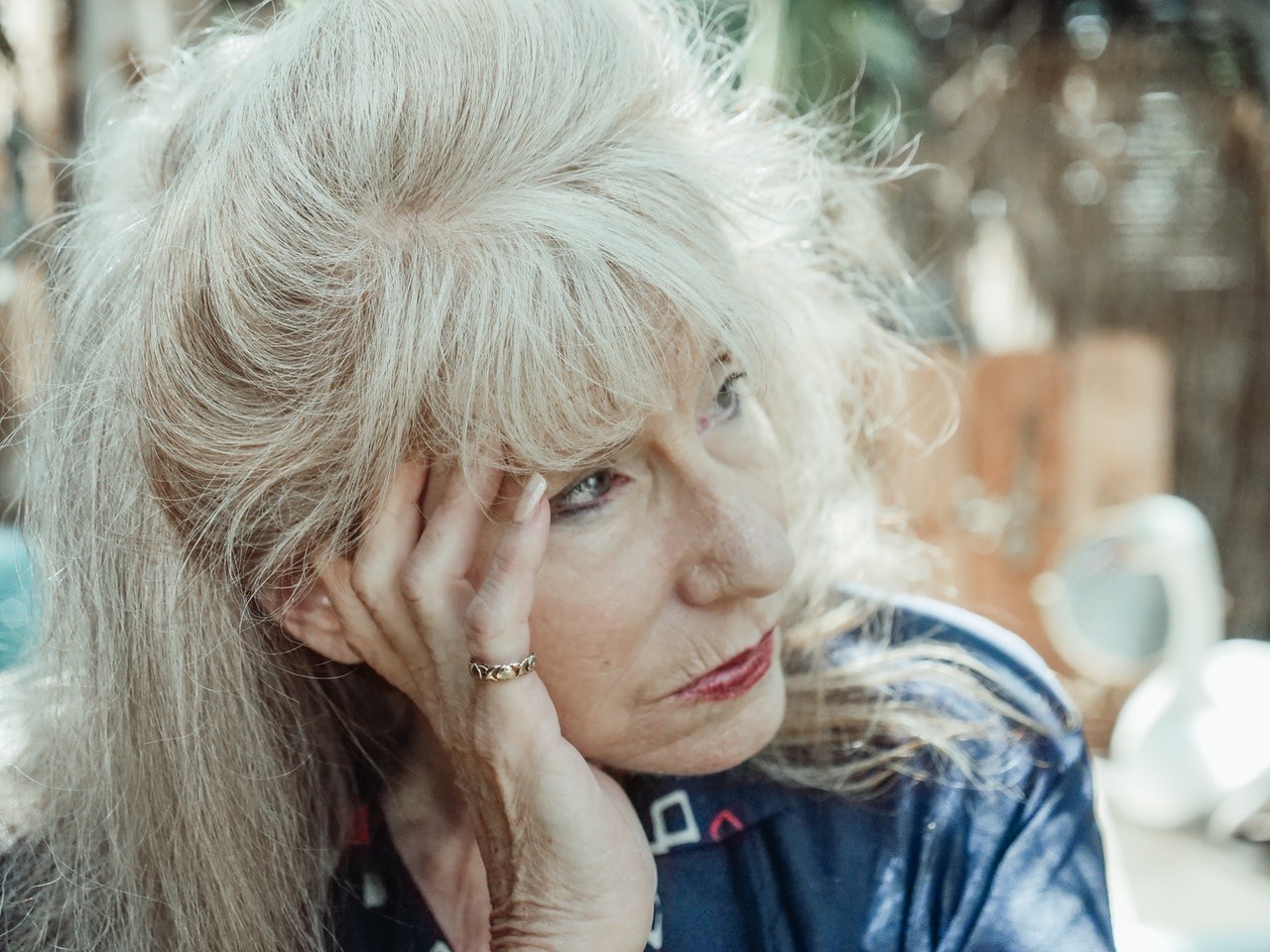 IV Ketamine treatments are a promising option for suicidal patients.

If you or a loved one has faced suicidal thoughts, you know they are terrifying.

A storm of emotions mixed with frightening impulses to take one’s own life.

Sometimes these thoughts come and go.

Sometimes they are constant.

Sometimes they are deadly. 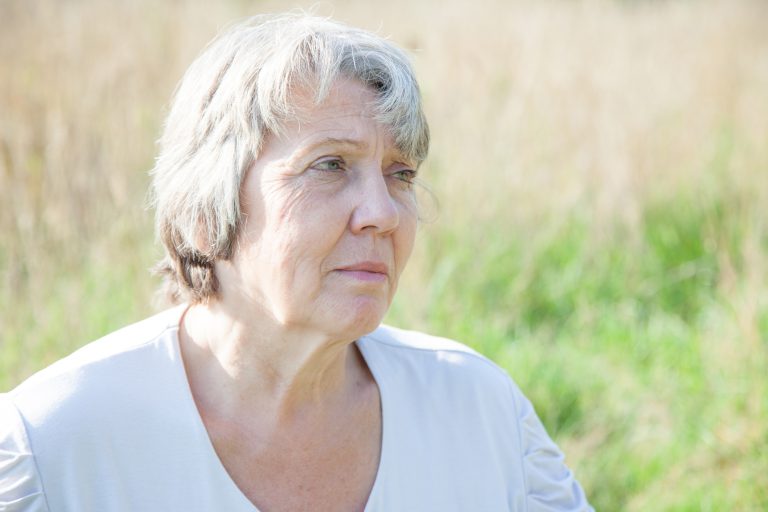 What Are Suicidal Ideations And Thoughts?

Suicidal ideations (thoughts) are images, internal dialogue, fantasies, and impulses about taking one’s own life. These are psychological processes with an obsessive focus on feelings of overwhelm, hopelessness, and despair.

Many people experience brief periods of contemplating suicide in response to traumas, such as losing a loved one or a career. Some people go a lifetime without these thoughts and impulses. Others fight these forces every day.

Sufferers can exhibit a whole range of behaviors. Some become easily irritable and act out in rage. Some others indulge in risky behaviors such as reckless driving, substance abuse, unsafe sexual practices, and develop a preoccupation with death and its instruments, such as guns, poison, and hanging ropes. Cases involving psychosis, delusions, and hallucinations are common.

Suicidal patients frequently exhibit poor judgment regarding their environment and decisions, short and long-term. Lack of adequate sleep and vivid nightmares can further destabilize them. Even when they do present at a hospital, their troubles are not over. They are now safe but do not feel better. They are still in incredible pain and not recovered enough to return to everyday life.

People in this state require extra patience and consideration. Their quality of life is deficient during these episodes, and their ability to control themselves, or assess and adjust their behavior, may be severely impaired.

Treating suicidal patients requires immediate intervention. Once someone has decided to act, they need to be rescued from that dark pit immediately. Psychiatric medications may help in the long term. But, suicidal impulses are dangerous immediately.

Studies suggesting ketamine may be effective at treating suicidal ideations in emergencies are not new.

How Are Suicidal Ideations Currently Treated?

Treatment of suicidal ideation combines short term interventions (intensive outpatient or inpatient therapy) with those of the longer term that address the underlying causes. Pharmacological and psychotherapeutic approaches are usually combined.

Pharmacological treatment may include a wide variety of medications, used alone or in concert. Drug classes include SSRIs, SNRIs, antipsychotics, benzodiazepines, and mood stabilizers. Each of these groups employs a different mechanism to achieve its effects. But, all of them interact with the neurotransmission systems of the brain.

All of these methods require active participation, commitment, and practice to apply.

The goal is to use the right combination of pharmaceuticals and therapy to reduce suicidal symptoms, promote a higher quality of life, and prevent future relapse.

Benefits Of Ketamine In Suicide Prevention

Rigorous studies of Ketamine versus suicidal ideation are limited and use small populations. Much of the zeal for Ketamine’s ability to rapidly seize these thoughts come from the physicians administering the drug for this purpose. A success rate of ⅔ is often quoted as the ratio of patients that find relief, if only temporary, from severe depression.

Some researches describe Ketamine’s effects as stabilizing moods, reestablishing excitatory/inhibitory brain activity, and promoting stable, non-suicidal thought processes. Ketamine treatments can also improve symptoms of anger, irritability, feelings of helplessness, and aggressiveness. For these reasons, many believe that Ketamine has, and will continue to, save lives.

Since applying Ketamine to mental health problems, benefits not seen from other pharmacological interventions, such as anti-anxiety and antidepressant medications, are surfacing. Some practitioners believe that Ketamine will become a first-line treatment for acute suicidal ideation, as it doesn’t require the long loading period of traditional drugs. Ketamine’s rapid action can be nearly miraculous compared to the multi-week waiting periods for other medications to “kick in.” Therapeutic effects may begin within the first five minutes of administration via intravenous.

Ketamine’s immediate effects may not last long, but that period could be life-saving. Previous studies indicate that the drug can remain active for up to seven days. There may not be a need for daily administration as there is with other drug classes. Reductions in the frequency of treatment are beneficial in two ways. First, it may reduce the chance of biological damage associated with long-term medication use. Second, infrequent doses over more extended periods may limit the opportunity for dependency.

A New Alternative Treatment With Potential

Ketamine use in the treatment of bipolar depression is less invasive compared to other treatments such as electroconvulsive therapy (ECT) and Deep brain stimulation (DBS). IV ketamine administration does not require an anesthesiologist on-site and is commonly provided through outpatient clinics. It is generally considered safe and tolerable for those suffering from major depressive disorder or bipolar disorder.

One concern of treating Bipolar with any medication is the possibility of triggering manic symptoms. While there are some individual cases of this happening, they appear to be rare.

Using Ketamine to treat mental health conditions is generally considered safe. Even much higher doses used in surgery and pain relief enjoy a decades-long safety record. Low dose IV Ketamine treatments use only a small fraction of that dose.

Most commonly administered to the patient via an intravenous route, this allows for precise dose control. High doses, such as those used in anesthesia or recreational settings, are not required. A single dose of ketamine can be enough to quell suicidal crises rapidly.

Ketamine has side effects. Most are mild and transient. To deter a rare but severe reaction, the patient receives close monitoring during treatment. Acute experiences of confusion, dizziness and impaired motor function are common during and for some hours after treatment. Recovery time is usually within hours but does restrict the patient from driving.

Prolonged use of Ketamine to manage mental illness may affect other system functions. It is metabolized in the liver and excreted through the kidneys. High doses (usually much higher than those used in the IV Ketamine treatments under discussion) can damage these two vital organs. The bladder, particularly, can suffer an injury with chronic, high dose intake.

The most immediate concerns of IV Ketamine treatment are hemodynamic and respiratory. Medicine may cause an acute escalation of blood pressure or other cardiovascular abnormalities. Alterations in respiration may emerge. All of these effects are generally mild and short-lasting. During treatments, patients are observed concerning their blood pressure, blood oxygenation level, and pulse. Reduced gaseous exchange can temporarily impair these functions.

Due to its effects on the central nervous system, recreational Ketamine abuse is associated with high dependence and addiction levels. Again, these doses are many times higher than those used clinically. However, a single dose may have a limited effect on curbing suicidal ideation. The need for periodic “booster” doses is what may be of concern in terms of dependence. Patients with extant or prior addictions may not be good candidates for this treatment.

Toxicity levels are another factor for consideration. Ketamine is considered less toxic than some of its alternatives. One alternative is antipsychotics, which may cause significant and irreversible injuries such as tardive dyskinesia or metabolic disorders like diabetes.

Ketamine’s safety profile is significantly better than many of the psychiatric drugs.

Given its potential benefits and its favorable safety profile, Ketamine is emerging as an innovative and dramatically promising agent in the fight against suicidality.

Ketamine carries some risk of interactions with numerous drugs. With psychiatric implementations, monoaminergic antidepressants and MAO-inhibitors appear to be safe. However, Ketamine’s efficacy may be reduced by benzodiazepines, such as diazepam. Preferably, benzodiazepine intake is titrated down prior to Ketamine administration. Lamictal may also blunt Ketamine’s therapeutic effects. Your physician will manage the determinations of the possibility and prevention of interactions. However, at least anecdotally, patients on multiple medications are often able to receive treatment safely.

Another potential issue is Ketamine’s addictive potential. Besides Ketamine’s sanctioned uses, it also enjoys recreational popularity. However, the infrequent, supervised, low-dose nature of therapeutic applications makes abuse difficult. Your physician will consider your risk level based on your background of addiction (if any).

As the body of Ketamine treatment experience grows, our knowledge of refining dosing, employing safe, effective protocols, and minimizing chances of dependency, will all increase.